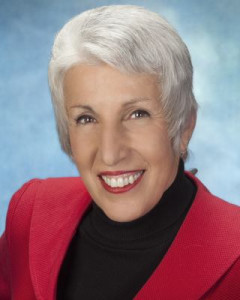 A good memory is of paramount importance to function optimally in today’s highly demanding and fast-paced environment. Whether you’re holding down a job, attending school, socializing with friends and/or raising a family, keeping your memory sharply focused is key to successfully managing the tasks of daily living.

There are two main types of memory problems. The first and most serious one, senile dementia, effects 5-10% of people over 65 and includes Alzheimer’s disease and Multiple Infarct Dementia. Common to both illnesses is the progressive nature of the memory loss. Those affected slowly loose increasing amounts of cognitive function, and may deteriorate to a point where self-care is no longer possible. The second and far more common memory problem is Age-Associated Memory Impairment. Here, people experience memory loss, sometimes referred to as “a senior moment“, but there is no deterioration in other functions such as speech or vision. Both types of illnesses may be caused by a decrease in circulation and oxygenation to brain tissue, along with other factors.

Maintaining an organic mostly vegetarian diet coupled with a regular exercise regimen throughout life is the best insurance against these health problems. In addition, there is one member of the herbal kingdom that has actually gained medical acceptance as a helpful treatment. Ginkgo Biloba made medical history when the Journal of the American Medical Association published research about its usefulness for senile dementia; (Le Bars, et. al., JAMA 1997; 278:1327-1332). Ginkgo is a very ancient species of tree that has existed for over 200 million years. It is an excellent example of what herbalists refer to as “the doctrine of signatures”, where some aspect of the plant gives us a clue to its use in health conditions. The leaf of the Ginkgo looks like the hemisphere of a brain, and its fruit also has a brain-like shape. Numerous studies show that it significantly increases blood flow to the brain (as well as to the heart), while also inhibiting PAF (platelet activation factor), which causes clotting of the blood. In addition, tests have indicated improvement in short-term memory and reaction time after using Ginkgo. Other applications for this herb include impotence, macular degeneration, tinnitus, vertigo and asthma. Finally, Ginkgo may also be useful in preventing the rejection of transplanted organs. Nature’s Answer® offers Ginkgo Biloba as a liquid extract (alcohol-free, organic alcohol).

Often lost in Ginkgo’s shadow and perhaps even more effective for increasing blood flow to the brain is Periwinkle (Vinca minor). This common ground cover sports tiny purple flowers in the early spring, and has been used in folk remedies as a “love potion”, perhaps due to its beneficial effects on circulation. Periwinkle contains an alkaloid, vincamine, that the medical reference book, The Merck Index, lists as a drug “to improve intellectual capacity….”. Periwinkle is available from Nature’s Answer® as a liquid extract (organic alcohol). Gotu kola, also known as Brahmi in the Ayurvedic System, is another herb known to have a positive influence on brain function, and has been used for centuries by Ayurvedic Physicians in India to promote longevity and offset many health problems associated with aging. It is an energizing tonic that has a calming action, making it useful in brain formulas. Nature’s Answer® offers Gotu Kola in a liquid extract formula as well (alcohol-free, organic alcohol).

Herbal blends offer another opportunity to experience the therapeutic benefits of many herbs in one convenient formula. One outstanding combination formula for memory enhancement is Brainstorm™ (alcohol-free) from Nature’s Answer®, a truly holistic herbal blend which combines Gotu Kola, Ginkgo Biloba and Periwinkle with Hawthorne (a great heart tonic that lowers peripheral resistance to blood flow), Rosemary (an aromatic that supports circulation and digestion while stimulating the central nervous system; ancient Greeks believed it helped preserve memory as well), Prickly Ash (supports circulation and carries the formula deeper into the body) and Cayenne (promotes circulation and acts as a carrier). This synergistic blend can really provide that needed “lift” when mental clarity is desired such as during final exam week or when working on a special project, as well as acting as a long term tonic for brain circulation.

These statements have not been evaluated by the FDA.

They are not intended to diagnose, treat, cure or prevent any disease.

Ellen Kamhi, PhD, RN, AHN-BC, AHG, The Natural Nurse® has been involved in Natural Medicine since 1973, and is a Medical School Instructor, teaching Botanical Pharmacology. Dr. Kamhi is a professional member of the American Herbalist Guild (AHG), nationally board certified as an Advanced Holistic Nurse (AHN-BC), and the author of many books. She is is also a long time supporter of the Deerfield Beach Theosophical Society, presenting regularly on a variety of health related topics. Connect with Ellen and learn more at NaturalNurse.com