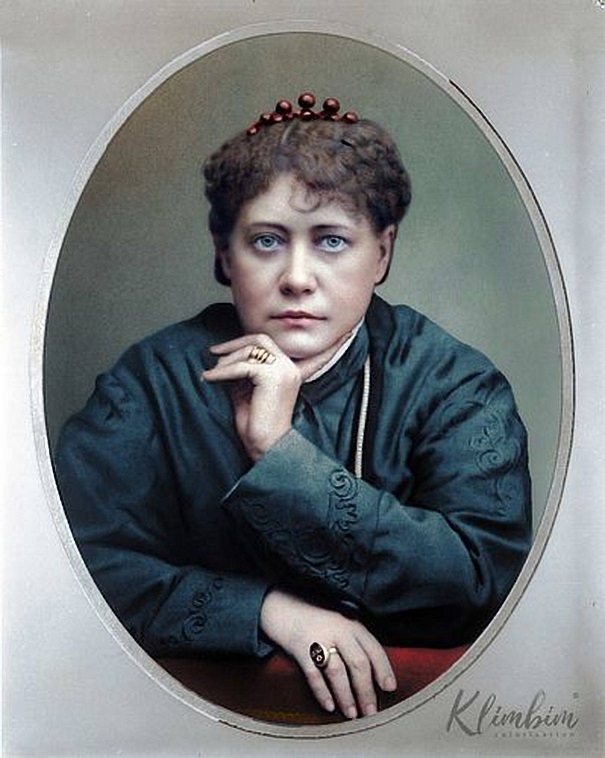 Among many names chosen throughout history to further the evolution of humanity, Helena Petrovna Blavatsky served as the front-runner for the founding of the Theosophical Society in order to further the movement of Theosophy.  This allowed valuable esoteric or “hidden” information that was normally accessible only to a chosen few, to stream forth and be available for all who would seek it.  This gave birth to what would later serve as the foundation for the New Age Movement.  Most of the wisdom streaming forth today is made possible by her enormous sacrifice for human beings.  Though not the most perfect or most purified, she was chosen by the spiritual world as the perfect “vessel”  for this task.  This speaks volumes on how different the spiritual worlds view us compared to how we view each other.

She is celebrated and honored by some Theosophists on the day of her death May 8th, eloquently named White Lotus Day.  If you feel inspired you can take a moment on this day to honor her with true heart-felt remembrance.

Theosophy 101- What is Theosophy?

Many have said that as humans we have a Divine element within us and we are here on Earth in a school to become fully human.  This is no easy task!  Theosophy is the body of knowledge that can help us explore that and helps us to ponder ageless questions like Who Are We?  Where did we come from?  Where are we going?

The Theosophical Society itself encourages study and open minded inquiry into the world’s religon’s, philosophy, science and the arts in order to understand the unity of all life and help people explore spiritual self-transformation.