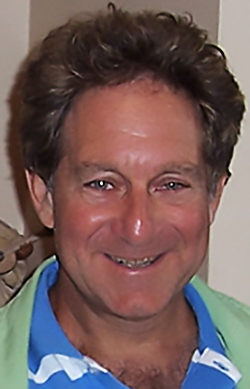 In 2009, a historic show was held in Radio City Music Hall in Manhattan that brought together in concert , the sole survivors of the Beatles. The event was sponsored by the David Lynch Foundation to raise funds to teach one million at-risk kids Transcendental Meditation (TM).

TM, the delightful stress management method taught by Maharishi Mahesh Yogi, became a household word throughout the world when the Beatles learned it in 1968, and attended an advanced meditation course with the guru in Rishikesh, India. They were joined at the ashram by other superstars, including Beach Boy Mike Love and the folk singer Donovan. Both were on hand for the benefit concert, along with such other meditators as Sheryl Crow, Paul Horn, Moby, and Russell Simmons, among others.

As longtime TMers, Paul and Ringo were inspired by David Lynch’s vision of a million meditating at-risk youth. They also couldn’t resist sharing their meditation experience with the concert audience and the world at large. Word has it that the surviving Beatles were so happy working together that they plan to resume musical collaborations.

This isn’t the first time that meditation inspired their music. While in India, the Beatles had their most productive time of creative output, writing dozens of songs that would later become worldwide favorites. From the early days of “Beatlemania” to the period after meditating with Maharishi, their music has always had transformative effects. The Fab Four ushered in the era of long hair, the British Invasion, psychedelic music, concept albums, and higher consciousness through meditation. The latter is not surprising, considering their timeless influences from the Transcendent.

You’ve heard of Hatha Yoga, Karma Yoga, and Bhakti Yoga; now here are some excerpts from Beatles Yoga. On the sitar-heavy intoxicating “Within You, Without You,” from the Sgt. Pepper’s album, George sings: “When you’ve seen beyond yourself/Then you may find peace of mind, is waiting there/And the time will come when you see we’re all one/And life flows on within you and without you.”

In his “The Inner Light,” the B-side of “Lady Madonna,” George encourages us to look within: “Without going out of my door/I can know all things of earth/Without looking out of my window/I could know the ways of heaven.” This was very much the Beatles’ experience from the ashram.

On “Tomorrow Never Knows,” from Revolver, they sing a very clear description of the meditation experience, as anyone who ever dove within knows: “Turn off your mind, relax and float down stream/ It is not dying, It is not dying/ Lay down all thought, Surrender to the void/ It is shining, It is shining/That you may see the meaning of within/It is being, It is being.”

One of their latest songs, “Across the Universe,” from Let it Be, beautifully depicts a mediation session: “Images of broken light which dance before me like a million eyes/They call me on and on across the universe/Thoughts meander like a restless wind/Inside a letter box they/Tumble blindly as they make their way/Across the universe.” It also ends with one of rock music’s only tribute to a guru: “Jai guru deva om/ Nothing’s gonna change my world.” “Jai Guru Deva” is the devotional gratitude Maharishi taught his students to say to his guru, Swami Brahmananda Saraswati.

On “I Am the Walrus,” from Magical Mystery Tour, we hear John’s obtuse lyric: “I am he as you are he/as you are we and we are all together.” This might sound psychedelic, but the Beatles also knew this as a truth in the state of Unity Consciousness that Maharishi taught them about. So, too, is a lyric from “Dear Prudence,” written about Prudence Farrow, sister of Mia—both of whom were meditating course mates of the Fab Four: “Dear Prudence see the sunny skies/ The wind is low the birds will sing/That you are part of everything.”

Using the vibration of the mantra helped open the Beatles to see the importance of the highest vibration in the Universe: namely love. Their classic, “All you Need is Love,” speaks ever so eloquently to that truth.
* * *
CARY BAYER EMAIL
CaryBayer.com

Cary Bayer is a keynote speaker and New York- and Florida-based Life Coach, who’s worked with Oscar-winners Alan Arkin (Little Miss Sunshine) and Pietro Scalia (JFK, Black Hawk Down), Emmy-winners David Steinberg (Academy Awards presentations) and Judy Henderson (Homeland), and Quality Inns. The author of 15 books, including A Course in Money Miracles, 40 Days to a Happy Life, Relationships 101, Conscious Communication, and How to Overcome Procrastination. Now, he’s a former TM teacher, and trainer of teachers, and is the founder of Higher Self Healing Meditation. He is also a long time supporter of the Miami/Deerfield Beach Theosophical Society, presenting regularly on a variety of topics. You can reach him at (845) 664-1883.