The Duality of Man’s Nature by Katherine Tingley 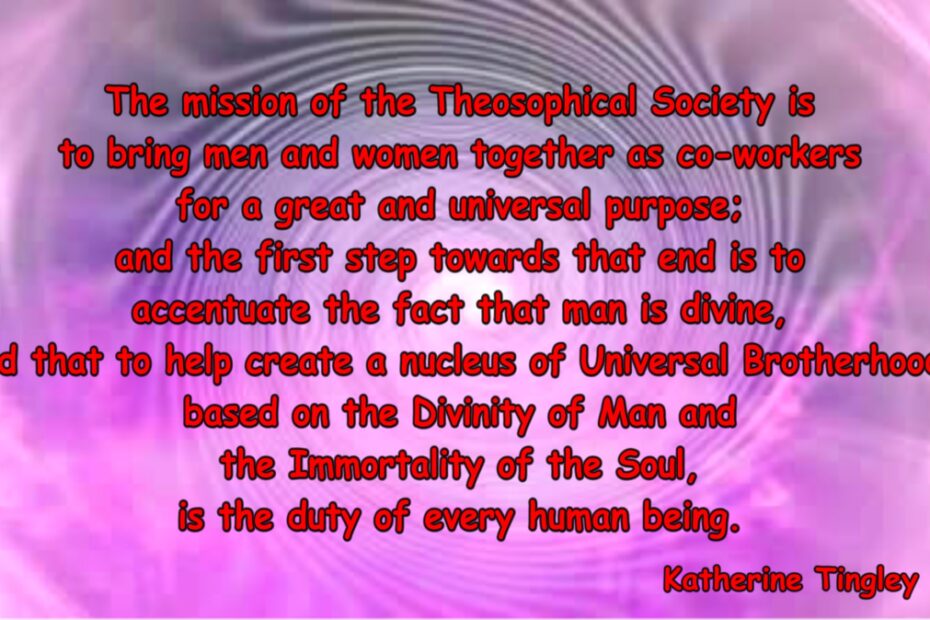 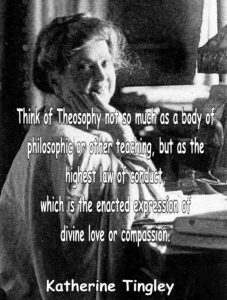 There is a great discovery which each must make for himself: that human nature is dual and that a battle is ever going on between the Higher Self and the lower, the angel and the demon in man.

Theosophy teaches the duality of man’s nature —the higher, immortal part, and the lower, made up of passions and desires. When the higher dominates, there is knowledge and there is peace. When the lower rules, all the dark despairing elements of human life rush in upon the unguarded soul, and too often suicide is the result.

I bring the message that man, in his inner nature, is a being with a divine inheritance and immeasurable possibilities of evolution.

This strange duality! And how do human weaknesses creep in? First of all we turn the key of selfishness in some closed door of the nature; then, before we know it, the door is open and in walks a stranger, an obsessive, potent force of evil, often with power enough to destroy the very being. No lens has as yet been made that can show you what this is, but it nevertheless exists. And the door of selfish desire once ajar, the incoming stranger is welcomed, entertained, permitted to enjoy the bounty of the intellectual life, permitted to sit in the very chamber of man’s being, where only higher and splendid things should be. 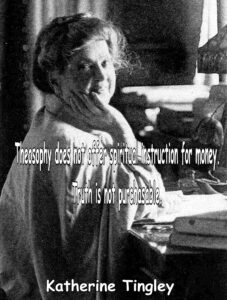 This door may open to any of us, but know that it can never be shut, and kept shut, until our feet are planted on the eternal rock of knowledge and of trust, until we have the power — and absolutely know that we have it — to shut out the faintest tinge or touch or thought or vibration of anything that would mar the purity of that inner realm of mind that the soul works in and through. 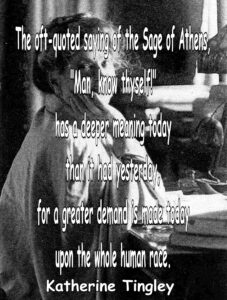 Once the duality of human nature is admitted by science, our asylums will become great schools of study from which a deeper understanding and a larger compassion shall come. For without a study of the Self in its duality, mental disorders cannot be understood. A volume could be written on this one line alone, and the half not then be told.

How wonderfully far-seeing was that old teacher of bygone days, who left us this injunction: MAN, KNOW THYSELF! That is the key to the whole situation. Let man take the first step boldly in honest self-examination, with a daring that stops before nothing that may impede his path, and he will find very soon that he has the key to wisdom and to the power which redeems. Discovered through his own efforts, by the law of self-directed evolution, this key will open before him the Chambers of the Self.

For when a man has the courage to analyse himself — his purposes, his motives, his very life — when he dares to compare the wrong things in his life with the right ones, in the spirit of a love for humanity sufficient to make him willing to lay down his life for it if need be, he will find the secret of living. This is what I mean when I say that we are ever being challenged — challenged by the better side of our natures to stand face to face with ourselves. That is the challenge of Theosophy, which ever pleads with man to reach out in recognition to the Divinity within. For this Divinity, this Knower, this Spiritual Companion, is ever pleading to be listened to, ever waiting to be recognised, ever ready to help and serve that it may bring the whole nature of man to its standard of godlike perfection. 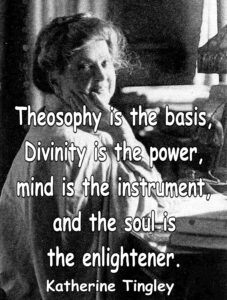 These two forces: the physical dominated by the spiritual, the mind illuminated by treasures of truth and inspiration from the Higher Self, these two, working together, will bring about results that are unbelievable. Nor will it take all eternity to bring about these things. The very atoms of our body can be touched by the fire of divine life and brought into harmony with the mind and soul, controlled as the master musician controls his instrument, by the Higher Self.

For life is Light and Light is life, and the Christos-spirit is in everything in degree. Could we sit at the feet of the Law like little children, could we free our minds from misconceptions and learn from nature and listen to the Christos-voice within, oh. what revelations would come to us! We should then be able to say, This is immortal and that is mortal; this belongs to the animal nature of man, and that to the spiritual. The power to do this is the power that we need, arousing us from the dead, so to speak, and bringing to us light and illumination.

FROM: THEOSOPHY : THE PATH OF THE MYSTIC, ‘LINKS FOR YOUR OWN FORGING’ from the Teachings of Katherine Tingley. Compiled by Grace Knoche, a Student, 1922. 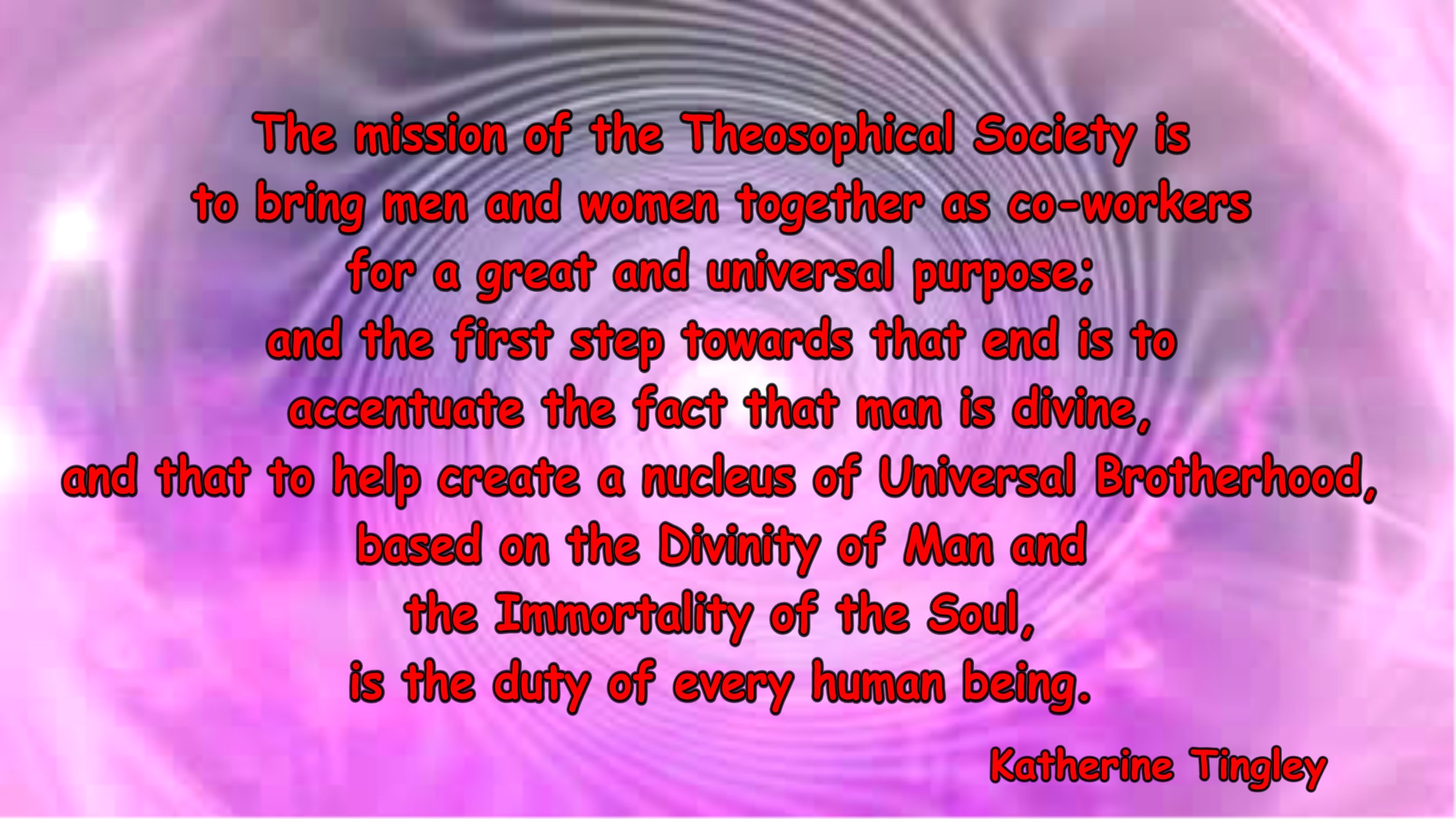